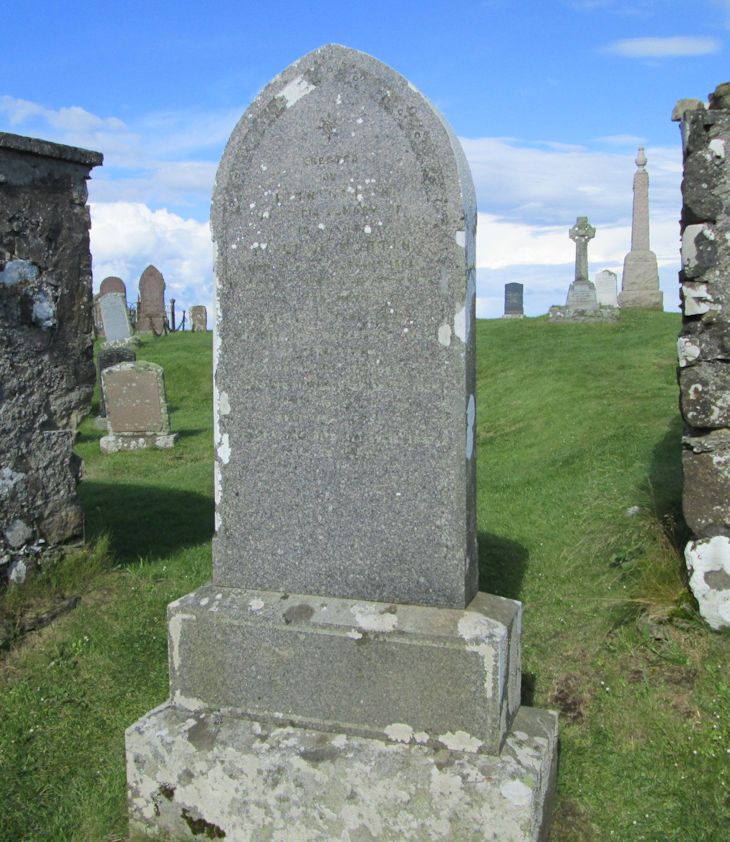 Im doing my family tree and he is my 7th great gran father. I would love to know more about him.
Added by Sarah on 11 November 2018.
I have sent you lots of documents to your email address.

"The Clan Donald: Genealogy of Clan Donald" Volume 3 (online) has reference to the Martins of Skye.

I have the 2 Edits of Executory of Martin Martin, tacksman of Flodigarry also. One was a replacement for the other.


Added by Stephen Martin on 14 November 2018.
The lineage of the above should read: John Martin (tacksman of Flodigarry), then Martin Martin tacksman of Flodigarry (wife Margaret MacLean), then Lieut John Martin of Flodigarry who had 3 sons William (Innkeeper of Staffin);Donald (Paymaster in the army, then merchant of Greenock) and later Angus (planter in the West Indies).
Sorry for my earlier confusion.
Added by Stephen Martin on 14 November 2018.
John Martin died at Treaslane, South Snizort on 21 Mar 1898. He was the founder of the John Martin hospital at Uig, leaving an estate of 12, 000 pounds for the establishment and running of the hospital. His will mentions a half brother William Martin who had a daughter Violet Martin and a John Martin of Govan. He may have been a teacher but was a coffee planter in Ceylon before retiring. He was a Martin of Flodigarry.
Added by on 18 September 2020.
I too have family connections to Nicolsons and Martins in northern Skye. My GGF was James Nicolson, who left Duntulm for Australia in 1854, buried East Geelong cemetery 1866. His parents, as named on his death certificate were Donald Nicolson, d.bef 1851 census, a carpenter & Mary MacDougall, d. bef 1841 census. She may have had a brother, a blacksmith, who was visiting James and family at the time of the 1851 census. James married Margaret Macdonald, daughter of Capt. Sorlie/Somerled Macdonald of Sartle, d.1830. Her father's sister was Isabella who married a Martin.
Added by Fiona M LUNDY on 18 October 2020.